James 3:2-11 (NIV) "We all stumble in many ways. If anyone is never at fault in what he says, he is a perfect man, able to keep his whole body in check. When we put bits into the mouths of horses to make them obey us, we can turn the whole animal. Or take ships as an example. Although they are so large and are driven by strong winds, they are steered by a very small rudder wherever the pilot wants to go. Likewise the tongue is a small part of the body, but it makes great boasts. Consider what a great forest is set on fire by a small spark. The tongue also is a fire, a world of evil among the parts of the body. It corrupts the whole person, sets the whole course of his life on fire, and is itself set on fire by hell. All kinds of animals, birds, reptiles and creatures of the sea are being tamed and have been tamed by man, but no man can tame the tongue. It is a restless evil, full of deadly poison. With the tongue we praise our Lord and Father, and with it we curse men, who have been made in God's likeness. Out of the same mouth come praise and cursing. My brothers, this should not be. Can both fresh water and salt water flow from the same spring?"

Today the text shows us that the tongue is small but POWERFUL. The author of James begins chapter 3 by speaking on the power of the tongue. He says that if you could find someone whose speech was perfectly true; if you could find someone who knew how to control his or her tongue at all times; who never said anything wrong; then you'd have a perfect person who's in perfect control of their life.

The havoc that the tongue can wreak is monumental! It is the tongue as we'll learn today that can either build people up or tear them down. It is a beast that is frequently out of control. As Christians, we are warned to tame that beast rather than inflicting wounds, and use it to build the Kingdom of God.

A group of frogs were traveling through the woods, and two of them fell into a deep pit. All the other frogs gathered around the pit. When they saw how deep the pit was, they told the two fallen frogs that they were as good as dead.

The two fallen frogs ignored their comments and tried to jump up out of the pit with all of their might. The other frogs kept telling them to stop, that they were not getting out. Finally, one of the fallen frogs took heed to what they were saying and gave up. The other fallen frog continued to jump as hard as he could. Once again, the crowd of frogs yelled at him to stop the pain and just die. He jumped harder and harder and finally made it out. - Author Unknown

When he got out, the other frogs said, "Did you not hear us?" The frog explained to them that he was deaf. He thought they were encouraging him the entire time.

In this season, of your life let every word that is spoken to you, encourage you even if it's bad. The tongue has so much authority that many of us have to learn how to be mindful of what we say; how we say it; and who we say it to in this season of our life. I don't think any of us would deny that we have problems with our tongues.

Some of us struggle more than others, but each of us has to find a way to tame that beast. Let me give you a few steps to consider:

RETHINK YOUR FREEDOM OF SPEECH - just because you can say it does not mean it has to be said.

REFUSE TO TEAR OTHERS DOWN - instead use that same tongue to build them up.

Ask yourself, "ARE MY WORDS FRESH WATER OR SALT WATER" - will the words you speak burn a person or refresh them?

The second most deadly instrument is a loaded gun. The first is the human tongue. The gun merely kills bodies. The tongue kills reputations and often times ruins character. So today as the body of Christ, speak life.
Posted by Nai at 6:35:00 am

Nai
London / Enfield, Hertfordshire, United Kingdom
Jesus is ALL... I began this journey to save my hair, then braved telling the story of my transition, from chemical processing to Sisterlocks. I can only speak for myself, but this change impacted much more than my hair ... Welcome to my blog, feel free to search for information, and to look at my stages of progress, However, DO NOT COPY any images on this blog. N'Joi!! 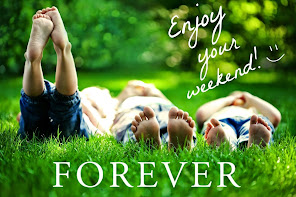